Did you know that when Hernan Cortes – a murderous Spaniard of epic proportions – arrived in Latin America in 1519 with the intention of conquering the Aztec Empire, he instructed his men to burn their ships, leaving them stranded in Mexico?

Cortes did this to ensure that his men had no option but to move forward with their goal. Retreat was no longer an option.

Applying the logic of burning the ships is an interesting angle from which to approach your goals. Where there are no ships, there is no surrender. Consider this: how often in our lives do we lean back into the comfort of what is already known and available? We know what we want to move toward, but when faced with the prospect of discomfort, we retreat into what already exists.

You may be desperate to start your own business, yearning for autonomy and tired of working for the man. Your reasons are certain and the steps you need to take are becoming clear. You may have a great product or service that you believe in 100%. When it comes to taking the leap, however, you decide to keep your 9-5 job and dabble in your business in the evenings, ‘just to be safe’. When you get a knock, you decide it’s easier just to stick to the job you have and give up your plans for the business. After all, you’ve got a mortgage to pay.

You may have been trapped in a toxic relationship for too many years, knowing that you’re not getting all you deserve and feeling your self-worth slowly crumble away. You know that being alone will help you to repair your damaged sense of self, but every time you think to make the break you tell yourself that the financial challenges and loneliness will be too hard to bear. You stay, and feel defeated.

What would happen, though, if you took a leap and asked to be the opening act and play just one song at your local pub’s trivia night? Knowing that you don’t know how to play guitar. Demonstrating that although you have no clue how you’re going to be ready to perform, you are willing to make the commitment to do it.

What would happen if you took a lease on a one bedroom apartment to get your sorry ass out of the home you unhappily share with your partner? Committed to giving yourself some solitary time to be with your own needs and make some space to feel out what’s needed next? No matter how much it hurt?

What would happen if you quit your job? Made it impossible to rely on your steady income to pay your rent and bills? Made it an absolute necessity to make your business work?

Guess what would happen? You would do the performance. You would leave the relationship. You would start the business.

I recently joined a course that ran for nine weeks, in which the fifteen participants committed to doing an individual performance piece at the end. None of us turned up knowing what we were planning to perform, but all of us had a deep desire to perform something. Our reasons were varied. For me, I have felt for a long time that there’s something in me that needs to be expressed and although I knew it would likely be messy and unclear, I wanted to take a step toward having the courage to refine whatever that was.

I was terrified. But over the course of that nine weeks, I faced my terror, my frustration and my long-held desire to show up and be seen. By committing publicly to this process and ensuring that there was no way out, I was held accountable to myself. I simply had to show up. And in the weekly space I made to explore my feelings and bodily sensations around this thing that terrified me, I started to notice patterns. I noticed patterns in the way I thought about my abilities (‘Your voice isn’t good enough’), patterns in how I used language to keep me small (‘I’m going to sing a song for you this week, but my voice isn’t feeling good tonight’) – and by the way, I said this every time I had to be in front of the group, until I decided not to preface my turn with an apology. I noticed patterns in the physical sensations in my gut as they told me over and over that I felt shame right after I’d performed, even when I was pleased with my performance.

This process allowed me to break through my unconscious programs and beliefs around a thing that was important to me. The first step, though, was burning my ships. I signed up for a thing I was afraid of and I made sure I could not back out. I paid the course fee, I cleared my schedule, I told my friends about it and advertised my upcoming performance long before I know what the hell I would do on that stage. (By the way, what I performed only came to me a week before, and it was fine. If you’re interested, the program is called The Cor Method and I highly recommend it)

So… I ask you, are you ready to change your life? If the answer is yes, burn your ships. Burn them now. If you are truly committed to going forward, there must be no going back.

Buy a gift voucher online for someone you love 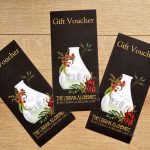 We’ll send updates, health and personal development morsels and other fun stuff to inspire your journey – direct to your inbox!